Whatever your personal opinion about the result of the EU referendum and whatever happens next we are in for a period of uncertainty. As there was no concrete, agreed exit plan prior to the 23rd June and none has yet emmerged it is impossible to do more than guess at what the future holds. In no area is this uncertainty more apparent than in that of tax, which, after all, is linked in innumerable ways to every stage of our lives from birth to death and beyond. Over the years, the UK’s tax system has become more and more entwined with that of Europe. It is built around the assumption that there will be a single market with the free movement of goods and services and – broadly speaking – a similar tax system in every country.

There are two possible outcomes at this juncture. Britain will leave the EU or it will stay. The process will take at least two years and it isn’t inconceivable that it could take much longer. During the period while it is being resolved it is unlikely that we are going to see much change to the existing tax system. It is possible that who is in government may respond to the economic situation by increasing the tax burden or (less likely) by reducing it. If Britain does leave the same is probably true. Although it would be a wonderful opportunity to both simplify the system and make it fairer few politicians have either the appetite or the knowledge to push through wholesale change. If Britain leaves there is a chance that a future government will offer major tax incentives to foreign investors but such an offer, if it ever occurs, is years away.

The tax system may look broadly similar in 2017, 2018, 2019, 2020 and beyond, but one thing is pretty definite: taxpayers are likely to have to devote more time to managing their tax affairs. To do this it is more important that ever before to understand all the options, opportunities and possibilities. There is probably more need for the Schmidt Tax Report now than ever before. 5.7.16 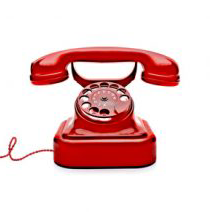